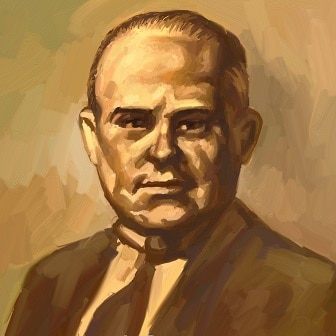 According to the philosophy put forward by Claude M. Bristol in the mid-20th century, success starts in the mind. The World War I serviceman became a journalist after the war. He decided to set and keep his expectations high after discovering through his experiences and research that firm belief holds a lot of power.

In “The Magic of Believing,” Bristol explains how he found his path to prosperity as a businessperson and investment banker. He claims that his solid belief in his goal of achieving wealth brought him that success. That book has since sold more than 1 million copies.

His methods showed generations of readers how to visualize good fortune and reject the fearful and vague thoughts mentally. The author was also a great public speaker, and social clubs and businesses often arranged for him to present his ideas at their events. Bristol died at age 60 from a protracted illness in 1951.

The Magic of Believing