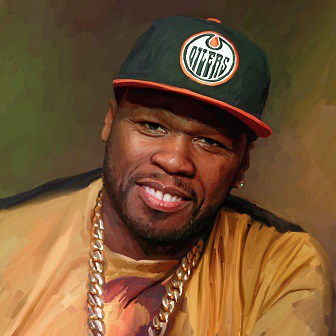 Most people know 50 Cent as a hip-hop artist, entrepreneur, and film producer, but some may be surprised to know that he also writes books. Though his formal name is Curtis James Jackson III, “50” still uses his professional name for his byline. He has even dabbled in the self-help genre.

Jackson co-authored “The 50th Law” with Robert Greene, who also wrote “The 48 Laws of Power.” Some readers may start out skeptical of seeking self-help advice from a pop icon. However, there is no denying that this man embodies “hustle,” the ability to harness one’s powers of persuasion.

He moved past a disadvantaged background and drug dealing after rapper Eminem noticed his lyrical talents in 2002. Later, the rapper and business mogul established his own record company, named after his hip-hop group, G-Unit. While his music remains his major claim to fame, Jackson has also produced and acted in movies and TV shows.