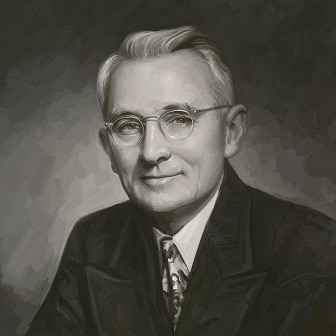 Thought by many to be the father of the self-help genre, Dale Carnegie had his ups and downs in life. He is most widely remembered for his ideas about considerate and friendly communication in “How to Win Friends and Influence People.” These principles served him well even when he was homeless and living at the YMCA.

In fact, modern readers continue to benefit from his advice in both the workplace and their personal lives. A lot has changed since his publications in the early 20th century. Nevertheless, the quiet confidence of which Carnegie wrote continues to be an asset to many people in business and beyond.

Carnegie was born on a small farm in 1888. When his early dreams of acting fell through, he drew upon his previous sales experience to get a leg up. Thus, his courses in public speaking evolved out of his misfortune, laying the foundation for his later writings.

How to Win Friends and Influence People