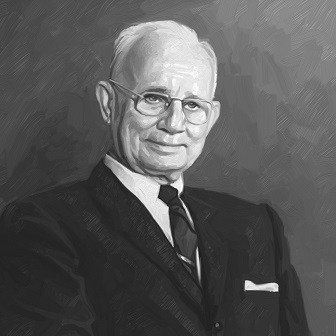 Napoleon Hill, one of the United States’ most influential writers on motivation and success, was born in a mountain cabin in 1883. He became a reporter at age 13. Later, he used his journalism skills to interview 500 of America’s most successful people, including Andrew Carnegie and Henry Ford, and write about them.

Hill turned these stories into a rags-to-riches formula called the “philosophy of achievement,” which he crafted into books and study courses. Many of his works were best-sellers from the start. His most well-known book, “Think and Grow Rich,” sold more than 20 million copies worldwide during his lifetime and another 80 million since.

Hill lived his principles during his journey to success. He went through many failures in business and even had an arrest warrant against him at one low point. He died in 1970 but left a legacy that is sure to endure for ages to come.

How to Own Your Own Mind

The Law of Success: From the Master Mind to the Golden Rule

Success Through a Positive Mental Attitude

Outwitting the Devil: The Secret to Freedom and Success