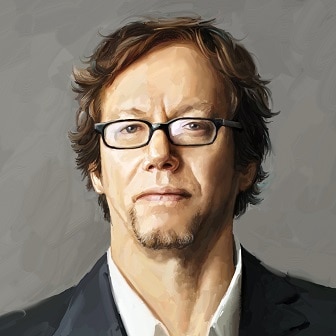 Robert Greene is a big proponent of using power and seduction to effect change in the world. For more than a decade, readers and audiences at his speaking engagements have sought his advice. He teaches how people can get ahead and protect themselves against ruthless business practices.

The author of “The 48 Laws of Power” and other best-sellers learned much of what he knows from the 80-plus jobs that he has had. Greene’s background in classical studies also helps. His college coursework exposed him to such historical figures as Charles Darwin, Henry Ford, and Sun Tzu, informing his lessons on strategy and mass manipulation tactics.

Greene was born and raised in Los Angeles, so he grew up in a fast-paced environment. His ideas are especially a favorite within the hip-hop community in the area. While his past work took him as far as Italy, he has since returned to LA, where he now lives with his partner, Anna Biller.

The 48 Laws of Power

The Art of Seduction