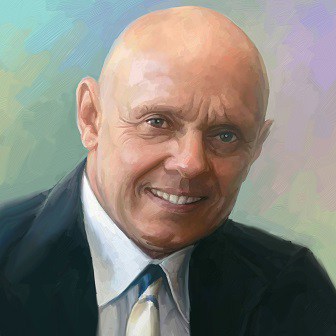 Dr. Stephen R. Covey was born in Salt Lake City, Utah, in 1932. He earned an MBA from Harvard and a religious education doctorate from Brigham Young University. In 1985, Covey launched the company that would become FranklinCovey, a global firm that sells training and productivity tools.

Covey is best known for his works on personal leadership and effectiveness, including his most famous book, “The Seven Habits of Highly Effective People.” His most recent material expanded the previous ideas to include “The 8th Habit” that would lead not just to effectiveness but greatness. Being an inspiration to others was a virtue that he strove to embody.

Before his death in 2012, Covey had earned ten honorary doctorates and numerous other awards. His legacy remains in his writing and everyone whom he inspired. Tragically, he died from the injuries of a cycling accident a few months shy of his 80th birthday. He was the father of nine and grandfather of 52.