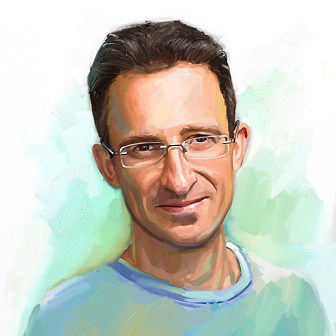 If the word “happy,” or some derivative thereof, does not appear in the title, Dr. Tal Ben-Shahar probably did not write that book. After earning a doctorate from Harvard University in organizational behavior, Dr. Ben-Shahar began a top-rated course at Harvard about happiness. Technically, the subject is called “positive psychology.”

In the ensuing years, the Israeli-American visionary brought his ideas to the masses in his books. The first, “Happier: Learn the Secrets to Daily Joy and Lasting Fulfillment,” made it onto the New York Times best-sellers list. Shortly afterward, requests for private lectures and television appearances came, and then he co-founded a consulting business, Potentialife.

Dr. Ben-Shahar even starred in a documentary film in 2009 about his teachings called “Happiness 101.” He has co-written two Hebrew-language children’s books about historical figures who found happiness. After spending many years in the United States and abroad, he moved back to Israel with his wife, Tami, and three children in 2012.

Happier: Learn the Secrets to Daily Joy and Lasting Fulfillment