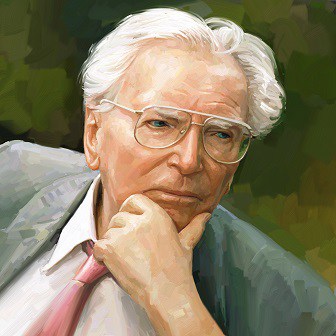 Holocaust survivor Dr. Viktor E. Frankl was arguably one of the most influential writers of the 20th century. A strong background in neurology and psychology, as well as his struggles with his existence, informed his writing in “Man’s Search for Meaning.” To this day, many people claim to have benefited from his simple, straightforward approach to psychology.

Even after most of his family died in the Nazi camps, Dr. Frankl managed to find meaning in suffering, going on to lay the groundwork for logotherapy. His new form of therapy focused on humanity’s shared motive to discover purpose in life. He persisted and completed his doctorate in philosophy after the war ended.

He received 29 additional honorary degrees over his lifetime for his work. Though his first wife had been killed in a camp, Dr. Frankl eventually remarried and had a daughter. He continued to reside in his birthplace of Vienna, Austria, until his death in 1997.