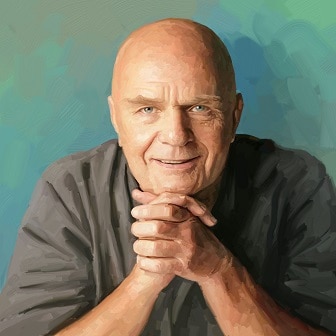 Dr. Wayne W. Dyer spent his childhood in Detroit orphanages, but he became a millionaire by his mid-30s. Born in 1940, Dyer spent four years in the Navy before he obtained his doctorate in educational counseling from Wayne State University. He gained a following as a professor at St. John’s University.

Dyer then increased his fame by writing “Your Erroneous Zones,” which has sold more than 30 million copies. He has been an advocate for success through assertiveness, as he detailed in his book “Pulling Your Own Strings.” His 39 other books, including 20 New York Times best-sellers, also focus on self-actualization and spirituality.

Dyer lived on the Hawaiian island of Maui at the time of his death in 2015. A spirited man even in his old age, he died of a heart attack after a six-year struggle with leukemia. He had eight children from two of his three marriages.

Pulling Your Own Strings: Dynamic Techniques for Dealing with Other People and Living Your Life As You Choose

Your Erroneous Zones: Step-by-Step Advice for Escaping the Trap of Negative Thinking and Taking Control of Your Life